Going with the flow

Going with the flow

A different approach was needed to design the valves and automation systems for ahigh-level waste treatment plant at the Hanford site in the USA.

After winning a contract to design, build and commission a waste treatment plant at the Hanford site in southeastern Washington State, Bechtel turned to Flowserve to design the valve and automation systems for the facility. In order to meet strict government requirements Flowserve had to come up with some innovative solutions

Around 60% (by volume) of the high-level waste (HLW) in the USA is stored at Hanford. It is the legacy of 45years of plutonium production for nuclear weapons, which began in the1940s with the Manhattan Project and continued throughout the Cold War

The HLW at Hanford – 201 million liters in total – is stored in 177 old and deteriorating underground tanks. An estimated four million liters of waste had already leaked from 67 of the facility’s oldest tanks before they could be stabilized. Radioactive waste has been detected in the groundwater that flows to the Columbia River seven miles away, endangering the river habitat and the health of millions of Washington and Oregon residents who live downstream.

To remediate the hazard, the Department of Energy (DoE) commissioned a project to vitrify the waste. Once immobilized, the high-level portion of the waste will be temporarily stored at the Hanford site in stainless steel canisters until it can be shipped toa federal geologic repository for permanent disposal. The low-level radioactive portion of the waste will be stored onsite

The DoE’s Office of River Protection awarded a contract to Bechtel National in December 2000 to design, construct and commission the Hanford Waste Treatment Plant(WTP). At the time it was estimated that the construction of the WTP would cost the US governmentUSD5.7 billion and take up to ten years to complete. According to Bechtel, the facility was 47% complete in May 2009, and scheduled to be operational in 2019. When completed, the Hanford plant, now expected to cost USD12.2 billion, will be the world’s largest vitrification facility.

The WTP project includes three major nuclear facilities – the first for pre-treatment, a second for the low-activity waste vitrification, and a third for HLW vitrification.

In the first part of the waste treatment process, specialized valves were needed for installation in containment vessels called ‘bulges.’ Each bulge is roughly the size of a small swimming pool and is designed to hold all the pumps, valves and piping required to transfer the liquid waste slurry from the existing underground storage tanks to the waste pre-treatment building. Originally 27 bulges were ordered, but the final number may change.

The pre-treatment system combines a filtration process that removes the solids from the waste slurry and an ion-exchange process that then removes the soluble HLW from the remaining liquid. Guidelines for this part of the project required manual and automat-ed valves that could be operated and repaired from outside the containment bulges to ensure worker safety and radioactive containment. It was also specified that bulge valve actuators and positioners were to be mounted outside the containment barrier of each bulge. All bulge valves were subject to official quality assurance inspection and documentation to meet strict DoE specifications.

Although Bechtel favored top-entry ball valves for the bulges, the Flowserve team believed that high-performance plug valves would be amore effective solution.

“Plug valves work better in slurries than ball valves,” said Mark Shaw, western regional manager, Flowserve Flow Control Division Process Group. “Plug valves have adjustable positive sealing upstream and downstream and 360º around the top of the plug. By design, plug valves have no cavities where material can collect and solidify. Because plug valves also have more than double the sealing area of a typical ball valve, they are a more effective solution for slurry handling.”

There was just one problem. At the time, Flowserve’s only in-house candidate for the WTP bulge valves was the Durco G4 plug valve. With a 35-yearhistory of service, its older design did not allow for remote repair. It could not meet the WTP project requirements.

Flowserve found a solution in the new Durco Mach 1 high-performance plug valve. But the valve needed modifications to enable its remote repair and make it fully radiation-resistant.

Bechtel needed the valve’s seat to be constructed of wear- and radiation-resistant ultra-high molecular weight polyethylene (UHMWPE), to stand up to the radioactive slurries at Hanford, rather than the conventional polymers such as PTFE (polytetrafluoroethylene) or PFA (perfluoro alkoxy).

The modification process was not without some hitches along the way. “While UHMWPE is highly wear and radiation-resistant, it also requires higher torque levels,” said Fred Shanks Flowserve Flow Control senior product engineer. “Adjusting for the space constraints that Bechtel gave us to work with and the torque requirements of the Mach 1 with an UHMW-PE seat was a delicate balancing act. It forced us to keep innovating with the valve’s design and what actuators we could use for it.”

In September 2001 Flowserve present-ed a prototype Mach 1 valve with modifications for cartridge repair and a remotely-operable stem extension to the Bechtel WTP design team. Due to stringent DoE requirements, Bechtel needed Flowserve to prove the valve design and materials capabilities with a working demonstration in a slurry ser-vice that would closely replicate the WTP conditions.

Bechtel gave Flowserve worst-case specifications for the radioactive slurry and required a 20-year equivalent cycle test. Flowserve developed a formula for the test media to match the size of solids, viscosity and weight.

Shaw drew from his previous work in pumps and well-drilling to come up with a combination of commercially available drilling fluids and bentonite clay additives that matched specifications. Two weeks before the scheduled demonstration, Shaw helped a team of Flowserve engineers and technicians, led by Shanks, to design and build a recirculating test rig to keep the media solids in suspension as required. The test demonstration, carried out over several days in 2001,satisfied Bechtel’s requirements, and Bechtel added the modified Mach 1plug valve to its list of valves that were approved for the project.

The next challenge in the process was to qualify valve automation systems with Bechtel, and to design and build adjustable stainless steel extensions with double universal joints to enable remote operation and repair of the valves from outside the bulge containment vessels. Because these systems have been over-designed to handle worst-case conditions, repairs may not be necessary. But the entire cartridge can safely be replaced in less than 30 minutes, if needed.

Bechtel required the valves to be welded into the bulge piping at a 5º angle to promote drainage. The universal joints at the top and at the bottom of the extension were required to eliminate any side-loading that the5º operating angle would create.

Shaw and Shields worked with Vince Rohrig, automation product manager, and Stan Piela, special projects engineer, both of Flowserve, to design field-adjustable hardware for manual and automated operation of the bulge valves regardless of their orientation or distance from the top of the bulge vessels.

“This project was definitely a challenge,” says Rohrig. “We’ve done a lot of stem extensions but nothing like these. Not only did the extensions have to telescope, they also had to be designed to take the weight of the stem extension off of the valves.” Bechtel also had a variety of torque requirements or these valves, from 5.8 kg-m to 230.5 kg-m.

After meeting additional Bechtel and DoE requirements, Automax pneumatic actuators with Foundation Fieldbus switches were qualified by Bechtel. A contract for the bulge valves and automation valued in excess ofUSD1 million was signed in August2002, with Flowserve as the exclusive source for bulge valves. Flowserve has completed two of the 27 bulges, which contain 22 valves each.

After receiving its first order for bulge valves, Flowserve received enquiries from Bechtel about the ‘jumper valve portion of the project. The team presented another version of the modified Mach 1 valve with Automax stainless steel rack-and-pinion valve automation packages.

The specification for the jumper valves called for fully automated valves to be used within the pre-treatment building with the same requirements for radioactive slurry handling. The jumper valves were to be operated and repaired remotely by robotic devices. These valves were also specified with radiation-resistant pneumatic actuators, switches and accessories, which were to be mounted directly on the valve bodies.

Unlike the bulge valves, the jumper valves could not have stem extensions. The challenge was to develop a ‘jacknut’ that would enable remote release and replacement of the plug and sleeve cartridge assembly by a robot. Additional design changes were required to modify the actuators and mounting kits so that the actuation packages could be removed for access to the top of the valve for cartridge replacement.

The Bechtel Hanford project has had several delays and revisions to original specifications due in part to revised seismic requirements. Since then, the jumper valves have been modified and work continues on both the bulge and jumper valves. 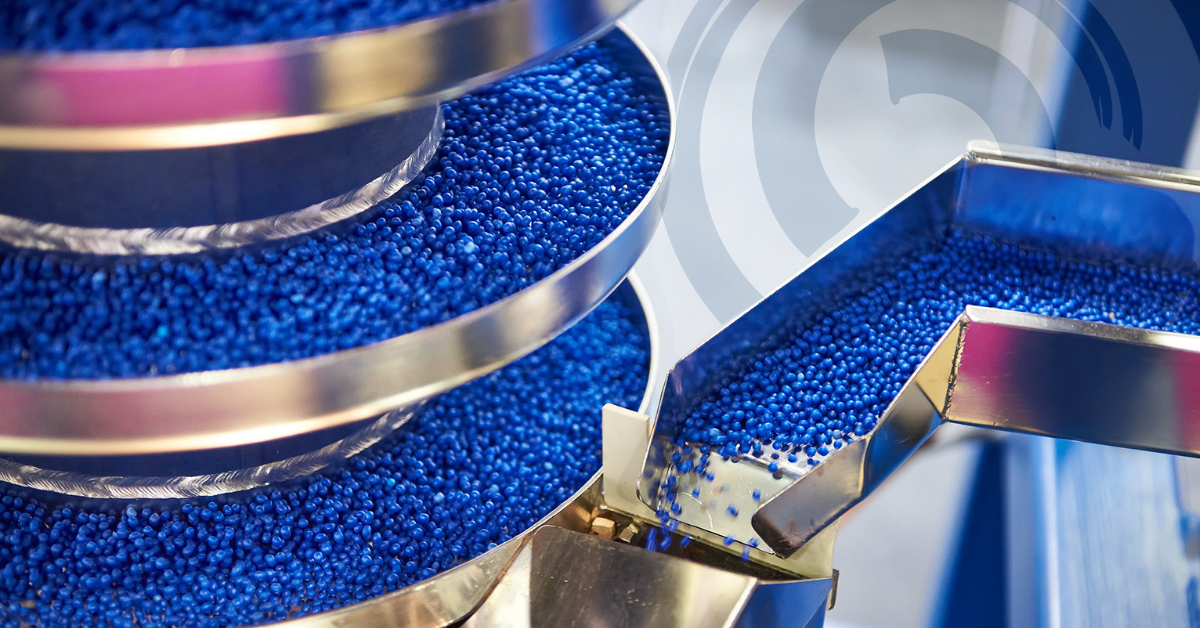 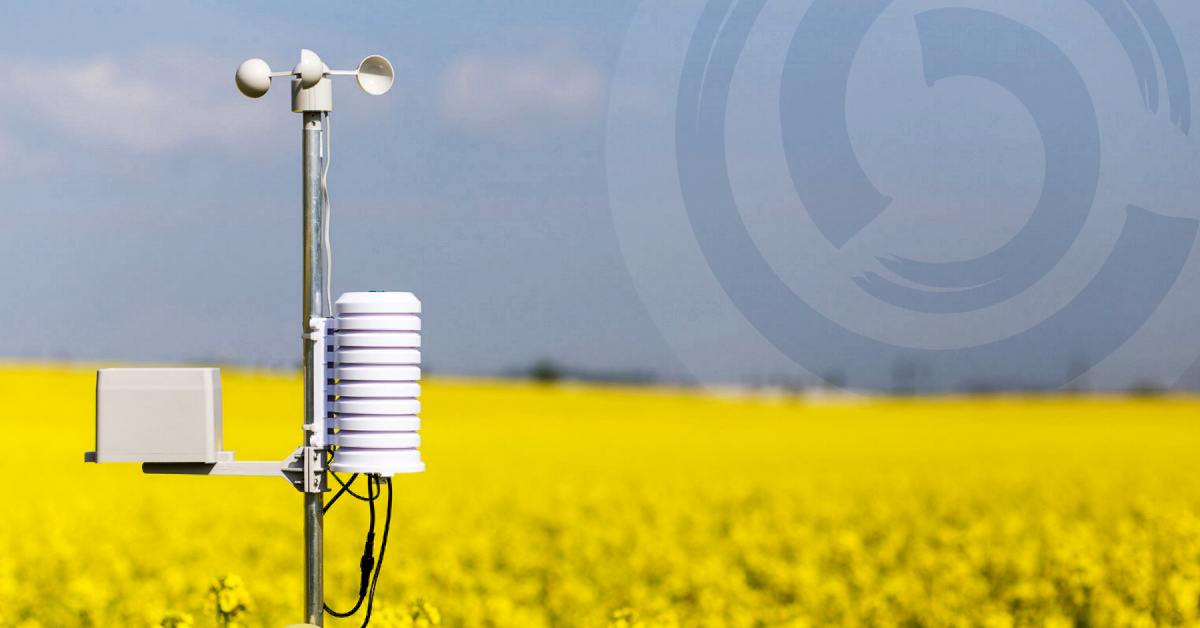